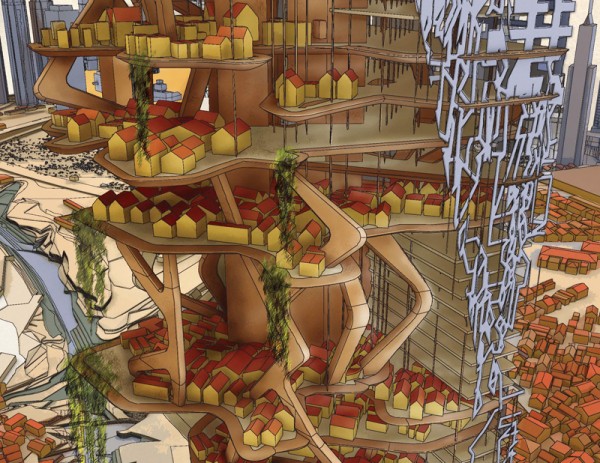 While the Kota is the center of power, a manifestation of Jakarta, as the center of the Indonesian government in all activities: social, cultural, economic, and political; the Kampung is an unstructured, informal settlement characterized by high population density, poverty, and compact community patterns.
The forced dispersal of Kampung communities disrupts social networks and forces citizens to horizontally relocate to inhabitable flood plains. A vertical Kota infrastructure for Kampung settlement condenses social relations and provides a foundation for the future of the city.
In order for Indonesia to participate globally a symbiotic relationship must exist between Kota and Kampung. Architects Robert Gilson and Catherine Caldwell proposed this project which is interested in the multiple scales of economic symbiosis within the skyscraper as an urban from.
The ‘Kampunkota’ is a tower that seeks to engage the wider possibilities of vertical dwelling. It is a gradient of Indonesian lifestyle that challenges and respects the socioeconomic divisions within Jakarta.  The skyscraper emerges from a Kampung, blending perfectly with its urban fabric and providing new infrastructure. As it goes up, the tower slowly transforms into a Kota for more cultural and luxurious lifestyle. The idea is to create a fusion between the two with intersections, where a new type of lifestyle emerges - one that benefits from the wealthy Kota, but nurtures from the strong communal bonds and traditions of the Kampung. 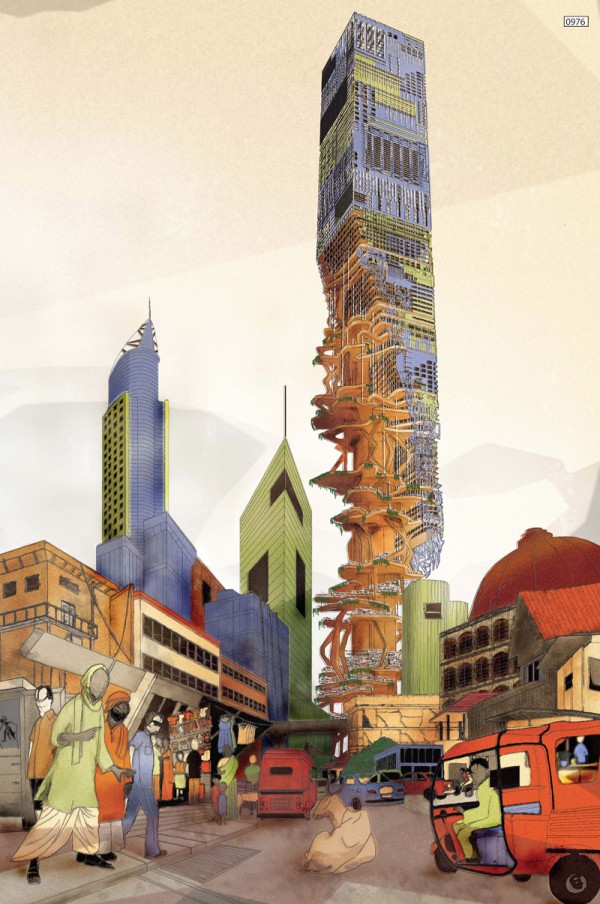 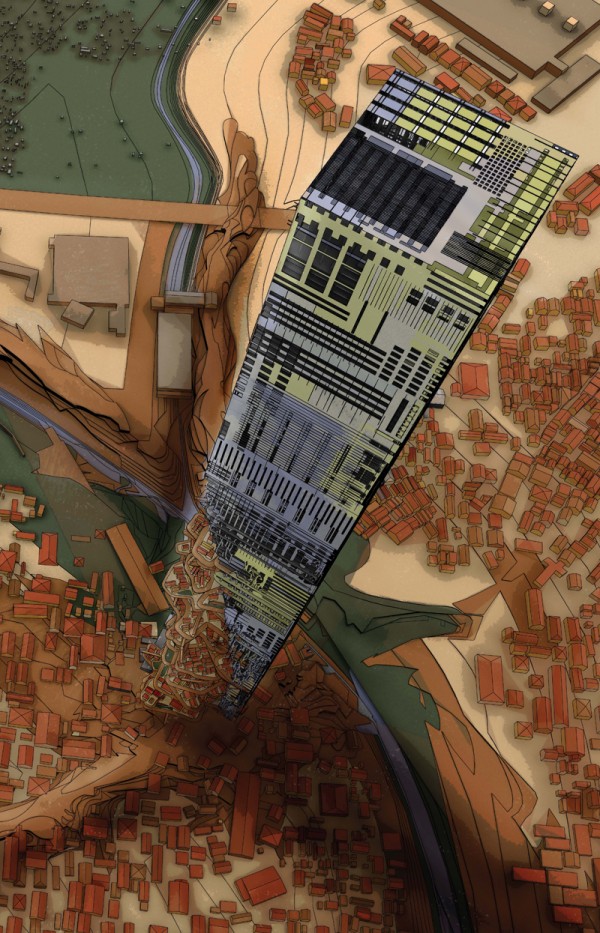 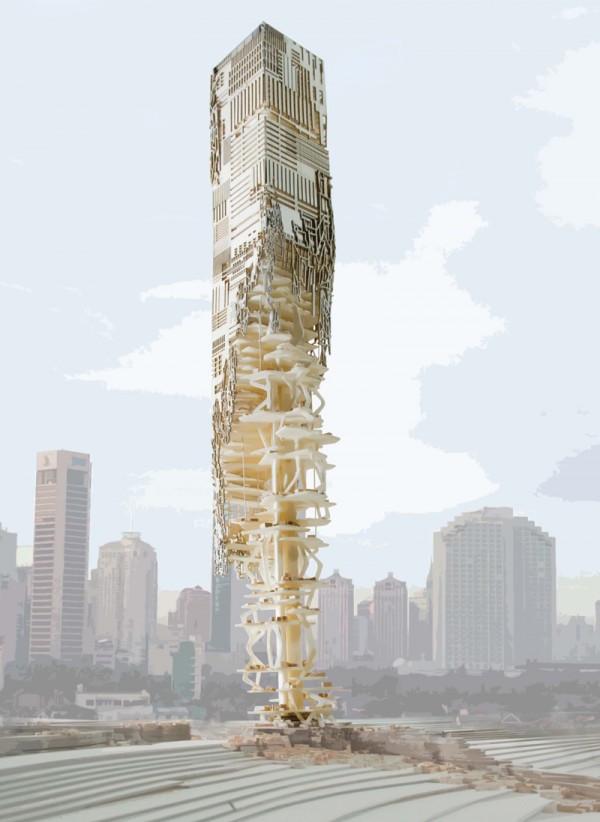 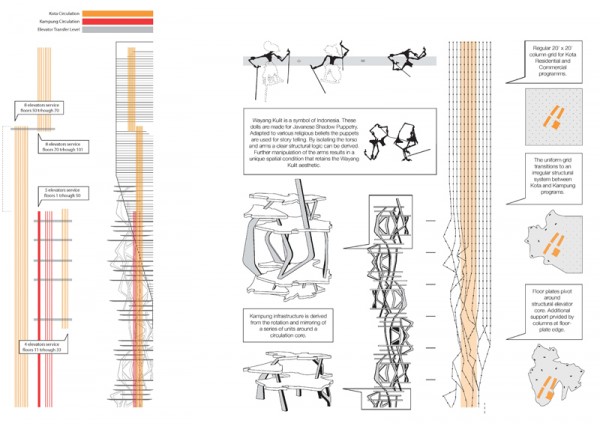 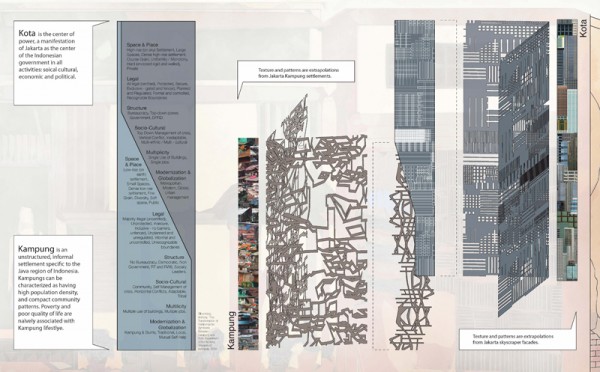 Αναρτήθηκε από Architecture by me στις 10:19 AM