Volos-the city where I live.

Today I will show you the city where I live.
Volos.
In ancient times was named IOLKOS.
The beautiful city Iin the Pagasitikos Gulf, with the vast history, is built at the foot of Mount Pelion, the mountain home of the Centaurs.


Here he lived in ancient times, King Jason , and from here began the legendary Argonaut expedition to find the Golden Fleece, traveling with the Argo.Mount Pelion, which surround the city, is the legendary mountain of the Centaurs.The legend says that, Master of Jason, was the Centaur Chiron.
Half man and half horse. 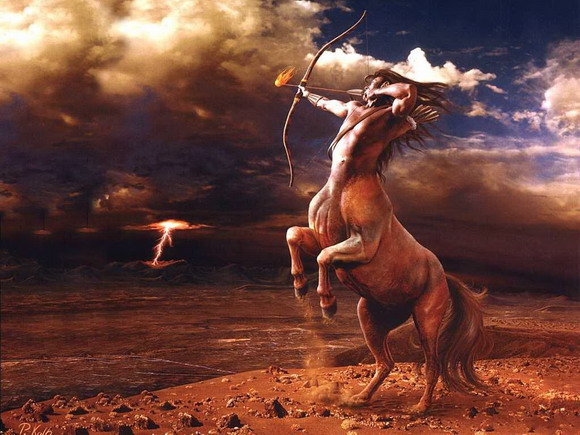 Jason and the Argonauts

Historians have long wondered about the origin of the golden fleece myth. One theory suggests it might have had something to do with the large amount of gold found in the rivers of the Caucasus Mountains (site of Colchis), where people panned for it with the help of sheepskins, according to the historian Appian. Others say that the myth of the Argonauts refers to the colonization of the Black Sea region by the Greeks in the 13th century B.C.
Along with the Trojan War, the story of Jason and the Argonauts is one of the greatest Greek myths. Jason, prince of Thessaly, had to retrieve the golden fleece of a sacred ram to win back the throne of his father. He assembled a group of heroes and sailed with the Argo to Colchis. Heracles, Orpheus, Polydeuces, Castor, and Atalanta were among the crew. The myth of Jason is intimately connected with the myth of Medea
Prince Jason of Thessaly was deprived of his birthright by his uncle, Pelias. After being raised by the centaur Chiron, Jason returned to Thessaly, determined to reclaim his father's throne. Pelias agreed to return the throne if Jason brought him the golden fleece of a sacred winged ram hanging in Ares' grove in Colchis. Jason and a crew of heroes set off on the Argo, the first Greek longship, built with the help of Athena.
After many adventures on the way, the Argonauts reached Colchis. King Æetes was willing to give up the golden fleece only if Jason completed a series of impossible tasks. With the help of Æetes ' daughter Medea, who was skilled in magic, Jason finished the tasks. However, when Æetes refused to give him the golden fleece, Jason stole it and fled, taking Medea with him. Ultimately, he did not ascend the throne of Thessaly as he was unfavored by the gods. This was because of the murder of Medea's brother Apsyrtus, by which he became "impure" in their eyes.The myth of Jason has been told in various forms. The only complete version is preserved in the Argonautica of Apollonius of Rhodes.
Women of Lemnos
En route to Colchis, the Argonauts stopped at the island of Lemnos. Aphrodite had cursed the island not long before by planting rumors in the women's heads that their husbands, who were returning from war, had brought home their slave girls as mistresses. ln a jealous rage, the women slaughtered all the men. With no men left to procreate with, they were facing extinction. Thus, the Argonauts were given such a warm and lusty reception by the women that they stayed. After a long time, Heracles, who had guarded the ship, reproached Jason and his crew. They returned and the Argo sailed on, filled with wine and provisions from their grateful hostesses.
The Robbery of the Golden Fleece
When the Argonauts arrived at Colchis, King Æetes said he would give Jason the golden fleece if he could harness two fire-breathing bulls, sow dragon's teeth, and slay the warriors born from those teeth. Medea, Æetes ' daughter and a priestess of Hecate, fell in love with Jason and helped him accomplish his tasks. When Æetes refused to hand over the fleece, Medea helped Jason steal it by using her knowledge of potions to make the dragon guarding the fleece fall asleep. Then Medea murdered and dismembered her brother, Apsyrtus, to keep the Colchians from pursuing them.
Because, as they say a picture is worth a thousand words, I will leave the photos to show you around the beautiful city of Volos and the related videos to watch that 3000 years later, rebuilt the Argo, the ancient way.


And as in ancient times, the city had its own hero, King Jason,1888 was born a great artist.
Giorgio de Chirico

Giorgio de Chirico was born on the 10th July 1888 in Volos, Greece, where his father was an enginner employed in the construction of the railway line from Athens to Salonica.
He studied at Athens and then at Monaco in Bavaria, where he attended the Academy of Fine Art, modelling himself on the pictorial texts of Bocklin and Klinger and on the philosophical writings of Schopenhauer, Nietzsche and Weininger. In 1908 he painted his first canvases under the influence of Bocklin (The Wounded Centaur, the Battle between Hoplites and Centaurs, everything from 1909). He began to paint “metaphysical” subjects: The Enigma of an Autumn Afternoon (1910), The Enigma of the Oracle. In 1911 he moved from Florence to Turin and then to Paris. There, on the advice of Apollinaire and with recommendation of the painter Pierre Laprade, he took part in the Salon d'Automne. During this period he created the famous series depicting Italian Piazzas, in which space appears rarefied by the silent presence of statues and the near absence of people.
In 1915 he was recalled to Italy for the war and sent to Ferrara, where he met Carlo Carrà, Ardengo Soffici, Giovanni Papini e Filippo de Pisis. These were the most important years for his metaphysical phase, during which Internal Metaphysics, Great Metaphysics, the Hector and Andromache series, The Troubadour and the Troubled Muses were painted.
An interest in renaissance and baroque painting starts to become apparent, and in Sacred Fishes, painted in 1919, he seems far from metaphysical painting. In 1924 he took part for the first time in the Venice Biennale. In Paris he met and married the Russian actress Raissa Gurievitch Krol. In 1929 he made a definitive return to Italy, establishing Rome as his home. Riassa left and in 1931 he married Isabella Pakszwer, who stayed at his side for the rest of his life.
In the Thirties he exhibited in Milano, Prague, Brussels, and at the Venice Biennale. In 1936 he took part in an exhibition dedicated to Fantastical Art, Dadism and Surrealism at the Museum of Modern Art in New York.
After the Second World War he collaborated with the Municipal Theatre of Florence, the Rome Opera and La Scala in Milan. He worked more and more on illustrations.
He took part in the Roman Quadriennales in 1951, 1955, 1959, 1965 and 1972.
In the Sixties de Chirico started to create sculpture in bronze, mainly on mythological themes.
In 1970 a major retrospective of his work was organised at the Royal Palace in Milan. 180 works were displayed, including paintings, sketches and sculpture, dating from 1909 to 1970.In 1978 he died in Rome in his house on Piazza di Spagna, which is now open to the public.


VOLOS IS THE ANCIENT IOLKOS.