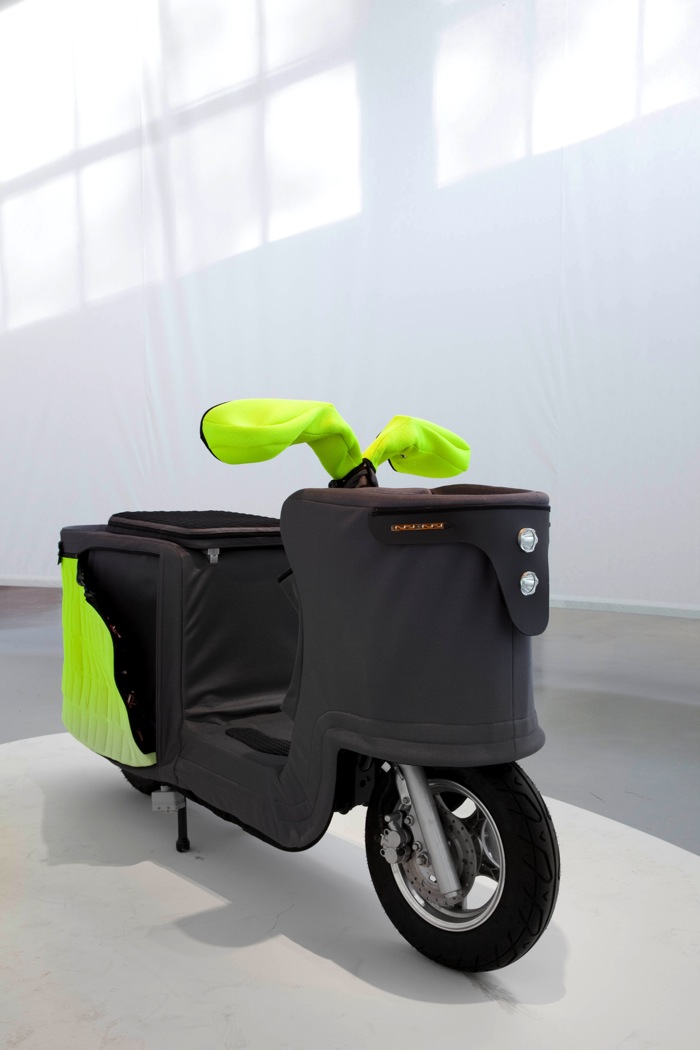 The first anthological survey on Marco Ferreri.
Posted by abitare
Text by Beppe Finessi
Marco Ferreri New Master
Once again he has shown himself to be a man of exceptionally keen intelligence.
And someone endowed with a talent - the kind only real masters of their craft possess - that can blend knowledge and sensitivity, intuition and humour, expertise and common sense, curiosity and truth, all in equal measure. Marco Ferreri has taken a way of doing things, a method, from the great designers (the ones he has really engaged with) neither a manner nor an approach. 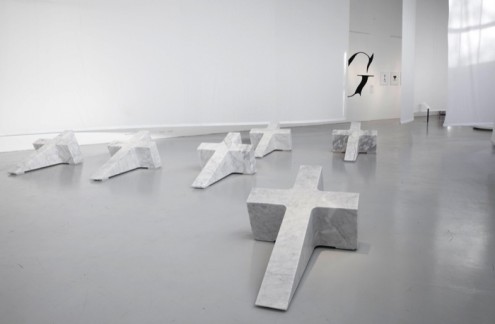 He has spent time with them, breathed their air, assimilated their ideas, and made them his own. With some he has also shared important phases of his life - his university dissertation was supervised by the pragmatic Marco Zanuso; he spent many years working and trading ideas with Bruno Munari; and he passed some time in the office of the intransigent Angelo Mangiarotti. He learnt a lot from all of these men, but he took most of all from Bruno Munari. This thirty-years (or thereabouts) experience has resulted in ten, fifteen, even twenty great designs, some of which are masterpieces or as near to masterpieces as you can get. One is the “Raddrizziamo il paese” (Straightening the Town) project that is made up of a hundred leaning towers, miniatures of the one in Piazza dei Miracoli in Pisa, which have been restored to vertical using beechwood wedges. Another is the “LibroLetto” (BedBook, co-designed with Munari) whose pages, which have to be arranged in order to make a story, are also soft pillows that children can also play on. 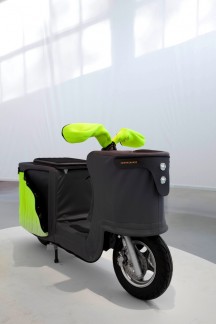 Another is the “Total Quality” logo, whose Q is an O formed from a tilted lamp, with the flex forming the tail of the letter. There is also the “Serie O” bathroom fittings range, a cool blend of Dieter Rams and Enzo Mari; “Antipodi”, an elegantly geometrical candlestick that does justice to any table; the “Ellice” bookmark from a designer unafraid to go unnoticed; the frivolity of “Marco Ferreri Designer Italiano” catalogue done with children’s picture- cards (“I’ve haven’t got this one, can I swop this one?”); the enlightening “Puraluce” installation that cast new light on a church interior; and last but not least one of his more recent successes, the “Concerto per luci sole” (Concerto for Solo Lights), “fifty cars with their engines turned off, arranged in a circle sixty metres in diameter, which switch on their fog lights at the same time.” 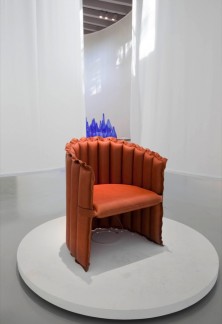 These designs, and many more besides, are the result of an ironic take on life, intelligence, inquisitiveness and a deep understanding of materials and needs, an ability to do a lot with a little, and the desire to take things a step further without losing sight of what he is doing and why.
All of which brings us to his exhibition at the Milan Triennale, which gives us a thrilling preview in an appropriately light and airy setting of yet more masterpieces that demonstrate Ferreri’s by now proverbial ability to come up with dazzling pyrotechnical displays that can also be understood, making them all the more effective for that. It includes “Piccole crisi”, a trenchant statement about the social, political and economic realities of modern-day Italy that spares no one and nothing; and “Soffi”, a group of trial vases done by Murano glassmakers as first thing in the morning before getting down to work. Then there is “Campa Puve”, a crystal urn enshrining presences we are loath to forget; “Moto Tessuto” that turns motor-scooter bodywork into a fabric cargo-garment to unbutton at the end of the day; the “Mezzo Maiale” “Mezzo Coniglio” and “Mezzo Pesce” tiles in which normally abstract combinatory design becomes figurative art: the “Poltroncina Airbag”, a soft leather inflatable chair which you can shape as you please; the “Neverland” lamp that creaks and bends when lightly touched; and “Unacasatuttadiunpezzo”, a blown-up version, something which is in effect a small house complete down to the tiniest detail, using technologies hitherto only seen in miniature model-making. 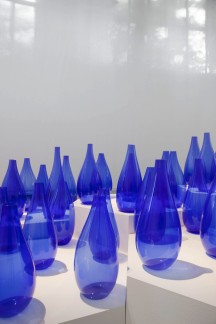 All this is light years away from those designers, including some of his own generation, who have achieved commercial success by spreading an idea (often only one) as thinly as possible across the entire range of design typologies and procedures. Ferreri is one of those few designers able to create an entirely different universe, and make a new and unique statement, with each of his designs. 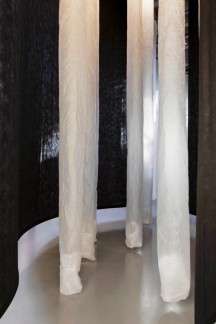 Just like Munari, perhaps, though it should be said that Ferreri is one of the few designers who doesn’t slavishly copy Munari, and who does his utmost not to remember or remind us of him every day - in terms of what he did, said, believed - as other inferior imitators are wont to do. Ferreri really understands Munari, and demonstrates his complete understanding in everything he thinks, says and does. Listening to Ferreri talk as he moves around his office explaining the ideas behind his designs is like finding yourself back in the office at Via Vittoria Colonna 39, Milan, where the white-haired, bright-eyed Munari enchanted the world for decades with his brilliant ideas and engaging observations. 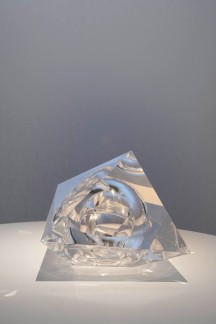 Over the years Ferreri has succeeded in keeping alive the true achievements of the great Italian designers - many of them qualified architects who were often active in the furniture industry, although they were usually cross-disciplinary in terms of their interests - that might otherwise have been swamped by the current wave of “isms” and fads.
He has also passed these achievements on to “new Italian designers” like Paolo Ulian and Giulio Iacchetti, Lorenzo Damiani and Odoardo Fioravanti, who have learned much, if not everything, from their elder brother (and maestro) in arms. The fact that in today’s cynically opportunist world a person like Marco Ferreri can have achieved such results and won such accolades (bravo Triennale!) through passion and excellence alone, yet still remaining a thoroughly “decent” man in the process, gives us a sense of gratitude, hope and encouragement. 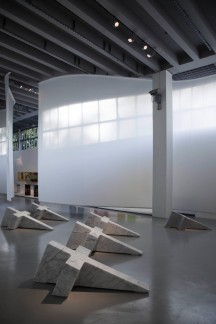 Time has shown and will continue to show that Marco Ferreri is one of our few, true, new masters of design. One of those designers who can claim to have been taught by the great masters themselves, and he is certainly the only one around who epitomises what Italian design is and should be all about: true creativity, genuine intelligence, endless curiosity, consummate craftsmanship and real class.