DCMS responds to call for ratification of cultural property bill 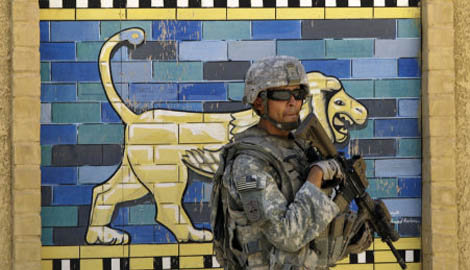 The Department for Culture, Media and Sport (DCMS) has written to Unesco pledging to support the introduction of domestic legislation to ratify the 1954 Hague Convention for the Protection of Cultural Property in the Event of Armed Conflict.
A number of cultural organisations, including the Museums Association (MA), wrote to prime minister David Cameron in October this year urging the coalition to legislate on the Draft Cultural Property (Armed Conflicts) Bill, which would ratify the convention in the UK. Progress on the bill has stalled since it was first tabled in 2008.
In response to the petition, minister for culture Ed Vaizey confirmed his department's commitment towards bringing the bill before parliament. He said the government would make protection of cultural property a legislative priority.
MA head of policy and communication Maurice Davies said: “It's good that the new government has pledged its support for ratifying the convention, but they now need to give more details of how they are going to do it and, especially, the timetable.
“We've been waiting far too long already and if the UK wants to show it is serious about its international responsibilities it needs to get a move on.”
UK and US armed forces faced heavy criticism from the international community for failing to prevent the looting and destruction of cultural property during the invasion of Iraq in 2003. The US ratified the Hague convention in March 2009.

DCMS responds to call for ratification of cultural property bill
Αναρτήθηκε από Architecture by me στις 8:23 AM