Develop a road, the method of the donkey. 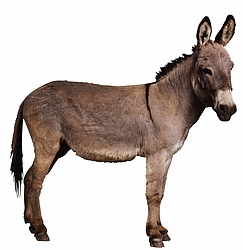 Ever wondered why, when we cross the mountains, roads make continual zigzag, during the ascent and descent; Since antiquity, humans as social beings, wanting to communicate with other sites in the near and the distant territory, invented the vehicle.
This is to be able to move safely, required the invention of the street.
Observe first, that moved from the accessible and secure areas, leaving behind a trail as it slowly grew, while being cleared of any vegetation. A huge station.
The greatest of discoveries.
Constructed so as his first car, the stroller. Then he started to load more things to carry them where they had needs. But the need grew, the carriages grew, the trace of the paths created unwittingly grew.

He had tamed many animals that help with the housework, but also in development.
One of these was the donkey.
The donkey in the stroller, he thought, what would I offer it; And so came the discovery of the trolley, but grew more the trail left behind when passing. Then discovered the main road.
Admittedly, this history does not end so easily.
First shows that forced the man to discover the road, and it slowly began to perfect constantly, until today we have at our disposal the most sophisticated roads crossing the plains and mountains, hills and slopes, with tunnels and large impressive bridges. 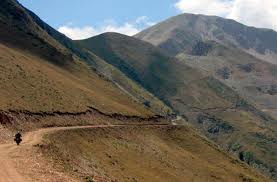 Let go back again, however briefly.
Having invented the wheel was subsequent to discover the trade.
The need for more communication at longer distances was inevitable.
So I had to open up more major roads that can move many coaches simultaneously.
The roads had to go through easily but difficult areas.
From the field and from the mountains to make the routes shorter.
But how scratched these roads in the mountains, without the current expensive machines, without the necessary measurements, the necessary maps with elevation contours, like those we use today; 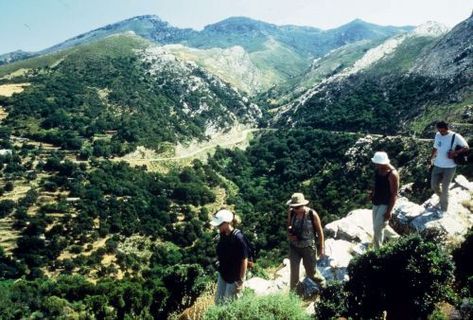 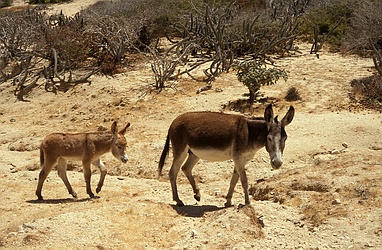 Observing the behaviour of animals.
Especially those that were domesticated and pets, which many times they took with them to help.
The dog for protection, the cows for plowing, the horse and donkeys for transportation.
Watching the last two, they found that although the horse if you did not find bush territory stopped its course, and the donkey continues to move, looking instinctively smooth points, to walk more easily.
Especially, when we had to climb a mountain or hill, not going vertically like goats, but went slightly uphill sloping line, and once he found a smoother place, turning in 180 degrees and continue uphill again inclined straight until the next point considered suitable for turning.
Similarly acted in downhill. Therefore give rise to an easy and comfortable passage for the same, and the boss also
This was the first official development road in the mountains.


In all parts of the world where the culture was developed, created a complex web of roads, trails, hidden and obvious passages.


a path system in the Paros Island in Greece

He joined the outlying parts, led the man to cultivate more land, but also led soldiers in faraway wars.
Maybe that's why mostly from ancient roads outlined in the military.
Indeed, that was until 40 years ago in less modernized countries.

This is the method of the donkey, and if you ask an old road engineer, surely knows.
Αναρτήθηκε από Architecture by me στις 2:28 PM